Prof. BALA DOGO raises questions on how to tell the chaff from the grain among civil society organizations purportedly set up to help the poor.

It is very common to find a plethora of civil society organization (CSO) actors these days  that go by all kinds of names like: Community Based Organisations (CBOs), Non-Governmental  Organisations (NGOs), International Non-governmental Organisations (INGOs) and what some  cynically call- Donors’ Organized Non-governmental Organizations (DONGOs). The idea here is  not to provide an accurate definition of each term but stress the fact that there is a common perception that these development agencies are found everywhere in rural and urban areas working to improve the living conditions of the poor, especially in Africa, Asia and other countries described as ‘less developed’. They are seen as people and/or outfits that are very close to the poor in all of their ramifications. They are seen as the panacea, or possessing what it takes to transform any less-privileged person into a happy and comfortable position in life.

The idea here, too, is not to define who a poor person is. Nonetheless, the poser in this treatise is: To what degree can we say with certainty that these development agencies are very close to the realities of the poor? Are they just people or outfits that are making a living in the name of helping the poor? If a survey is to be carried out how will the poor rate these development agencies or CSOs? What proportion of the poor will admit that these agencies have made any tangible contribution in saving them from the shackles of poverty,  ignorance, HIV/AIDS and other killer diseases affecting children? Who are the true friends  of women in the rural areas? Who are those that are working tirelessly to reduce the high rate of maternal death in the sub-Saharan Africa? Who are those working hard to reduce the high illiteracy level? Who are those that are working with the women in order to make them heard and employable? How are they doing it? Who are those who are bringing about real  and/or practical development and are conquering underdevelopment? Who are in touch with the  realities of the poor? Are they the CBOs, NGOs, INGOs, DONGOs or none of them? Who are the true friends of the poor?

For the likes of Prof. Yunus Muhammad of Bangladesh who established Grameen Bank and Chief  (Mrs) Bisi Ogunleye of Country Women Association of Nigeria (COWAN) the answers are not far  fetched. They started their fight against poverty, ignorance and underdevelopment from their  various communities- where they live and among their people. However these days you find a  number of big NGOs, INGOs and DONGOs purporting to be working for the poor but stay mostly in very comfortable offices; drive big cars/jeeps and operate from five-star hotels, conducting one form of workshop, conference and/or seminar.

A Chinese proverb has it that: talk (only) does not cook rice. Many of them parade  themselves as consultants. Programmes and/or projects are designed for the poor and not with  them. No community needs’ assessment is carried out before the implementation of such  activities/projects/programmes. The contribution of the poor is almost nil in terms of the  conceptualization, designing, implementation, monitoring and evaluation of such projects.  You can not shave someone’s head in his or her absence is a very apt adage. The reality of the poor must be put into consideration in any project meant at improving their lots.

At the risk of over-generalization, the CBOs, NGOs, INGOs and DONGOs are expected to mobilize resources aimed at improving the lot of the less privileged ones. Alas, what seems  to be the vogue is that we are seeing the chief executives of such CSOs living at the  expense (?) of the poor. It appears most of them are into one kind of strategic planning  workshops or the other than in being in touch with the poor at community level. The many smaller CBOs/NGOs who are doing wonderful things at the community level have remained obscured and unable to access funds to scale up their work. What one is seeing is a kind of translucency- you see through from only one direction.

The DONGOs, INGOs, etc tell you of their success stories and there is no way of hearing from the people they are claiming to be working for. Most of them do not tell you how much they have collected in all from their funders to carry out such activities. The local people do not know. A proverb in Tsonga Shagana Corpus of Proverbs has it that: ‘The dog with a bone in his mouth does not bark’.

Many CSO actors do not approach community development from an empathetic point of view. A saying has it that if somebody is promising to give you a gift of a shirt, you should look at the one s/he is putting on. Many CSO actors working in the areas of poverty reduction,  alleviation and/or eradication have many of the people from their constituency living in  abject penury. The same thing applies for some people working in agriculture, gender,  HIV/AIDS. While many people are dying of diseases some of the key actors in the same segment  are laughing to the banks to cash their money! It appears over 90% of the resources meant  for community development work doesn’t reach the poor people. That is the reality on ground.  This is not fair and we must all do something very practical about it. It does appear that  there is no value-for-money development work going on. Most of the rural people have  remained unreached despite the many logical frameworks, Dollars, Euros, Pounds Sterling and Naira sunk into development work. A Chinese Proverb has it that: ‘…And with the best leaders, when the work is done, the task  accomplished, the people will say ‘we have done this ourselves’ Lao-Tzu. ‘If these people plan above our heads, without consulting us, how can we develop? We will  follow their plans because they are ‘expert’, they are the authority, but the plan can only fail if they don’t consult us’- A group of Tanzanian Villagers, 1973 as reported in SPORE No. 84, Dec. 1999.

Whereas one is not saying all the CBOs, NGOs, INGOs are bad completely. There are some that are doing credible things. However the presence/impact of many of them at the community  level is nil. It is also possible to see underdevelopment, deprivation, squalor, injustice,  disease in most of our communities. The clarion call is for those of us that are into  development work to get our priorities right and work with the local communities in order to  put smiles on their faces. Somebody said ‘… greatness cannot be measured by what one has  achieved materially, but by the number of lives one has affected positively by true motive’. It was Ralph Waldo Emerson in 1861 who said: The person who can make hard things easy is the (real) educator’.
Professor Dogo’s piece is originally titled ‘CBOS, NGOS, INGOS, DONGOS and the reality of the poor: Very close and yet so far away.’

Protest against President Obama in South Africa is justified

A short story 8-8-8: The journey to Prayer City 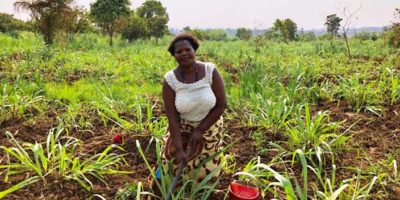 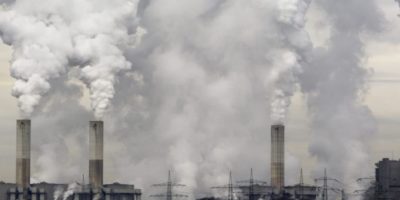 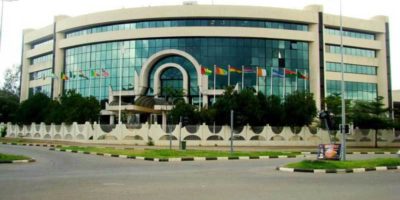