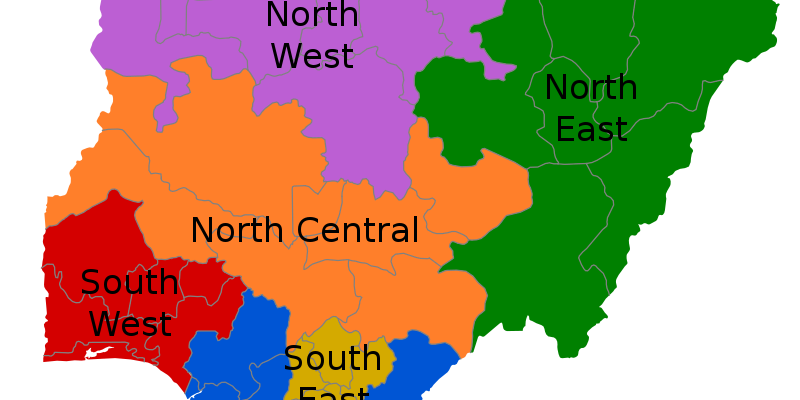 Author: Joe Anuga
[WE ARE] DEALING WITH PEOPLE WHO OCCUPY PUBLIC OFFICE AND … INGENIOUSLY DEVELOP WAYS TO “DRINK OIL MONEY” AND “WORK THE NIGERIAN SYSTEM” TO BANKRUPTCY?

A cursory glance at the utterances of Nigerian politicians in this pre-election year clearly shows that they are very aware of the importance of regional political alliances as they plot their way to power. In this regard political parties strive to show their national outlook by building networks across the breadth of the country and individual politicians do all in their power to present themselves as persons whose popularity and relevance transcends their locality. This is all for the benefit of the Nigerian political system as Nigerians stand to benefit more from politicians who can articulate the problems common to the generality of the populace than from people in power who only know the problems of a small part of the country.

In constructing structures to guide them as they categorize the citizens of the country into arrangements to help manage linguistic and ethnic-identity politics, Nigerian politicians have increasingly had recourse to the use of the eight geo-political zones. These are informal boundaries developed by Nigerians to help in the sharing of the national and other kinds of “cakes” due to the wider citizenry. These zones are groups of states that share largely the same ethno-linguistic identity (the South-West, North-West and the South-East); or the same contiguous geographical boundaries (the South-South, the North-Central and the North-East).

These zones are realities called into existence by the ingenuity of Nigerian politicians as they confront the raw process of articulating political calculations. One wonders if this level of ingenuity can come to play in the process of attempting to use the economic potentials of the nation by the political class as they attempt to construct frameworks to improve the material lot of Nigerian citizens.

The reality of economic life in the Nigerian Federation is the fact of a near complete dependence of the federated units on the allocations that accrue to the Federation from the sale of crude oil in the international market. This has led to a situation where for all practical purposes the revenue from the sale of crude oil runs the entire economic machinery of the country. This in turn has meant that ingenuity on the part of individuals, groups and politicians in finding and developing avenues for economic resource generation has not occupied the pride of place in public life in the country.

Manipulating indices such as population, the degradation of the environment, educational and other forms of disadvantage as well as other sources that determine the concept of need in sharing the revenues from the proceed of the sale of crude oil in the international market has become more important to politicians than constructing frameworks that can maximize economic benefit to their constituencies if such frameworks require hard work and compromise with other citizens who come from ethno-linguistic identities not autochthonous to their area of authority.

Simply “working the system” and “dinking oil money” from the comfort of air conditioned offices and cars “seems” to guarantee a higher pay back fee than tasking oneself to seek any number of arrangements that require hard work and cooperation between capital and labor. I say this only “seems” to guarantee a higher pay back because the intellectual laziness that it fosters is a great danger not only to the system but it retards the moral compass of those it infects disastrously. In many ways thisintellectual laziness is responsible for the paradox that permeates the entire country.

For instance with such a huge market and obvious need for the services of a functional telecommunications service provider, the defunct NITEL became a dysfunctional and bankrupt government agency that had to be closed down.

What was beyond the Nigerian government to provide was virtually taken over by other largely foreign based corporations that have continued to make profits from the country. Another example is the glaring failure to improve the capacity for refining crude oil in the country despite the fact that the importation of refined petroleum products from foreign countries is so profitable to those engaged in the business.

How can a government with such a huge market not be able to produce politicians who can organize economic activity around the utilization of this market to generate resources for the majority of her citizens? The answer lies in the intellectual laziness that has become the lot of people who simply think up ingenious ways to “work the system” and “drink oil money”.

Considering the level of economic difficulties that Nigeria is beginning to experience in recent times the period has come to shake up the debate and put politics in the service of material economic benefit for the wider commonwealth again. If politicians can see that building structures to house geo-political zones is a good thing is it so hard to crack the cranial nut a bit harder and tie cross cutting national economies of scale into a coherent policy?

In other words, now that we have geo-political zones that help politicians build cross national alliances, is it too much to require them to put up and concretize the idea of building trans-national economic blocs for Nigeria? After all the economic advantages that different parts of Nigeria possess are not the same and the privilege of enjoying the economic advantages of the country is not a function of ethno-linguistic identity but the prerogative of hard work and entrepreneurial initiative.

In the creeks, poverty breeds from decades of failed leadership

In this regard can we expect Nigerian politicians to develop an economic framework that seeks to use advances in modern transportation to shrink the territorial spaces between Nigerians in a way that can pay for itself through economic benefits? For instance the British Colonial authorities did this with their transnational railway system which stretched from the Northern part of the country and which they linked to sea-ports on the coast in the South.

The railway system guaranteed the extraction of cash crops from the entire country at a reasonable cost to the British. It also generated employment for a large number of people in Nigeria thereby increasing the dependence of millions upon the emerging economic system the British were fostering in Nigeria and at the same time shrinking the geographical and cultural spaces that existed between Nigerians.

Can we expect our politicians to organize their political activities as they pursue access to power around policies that can not only generate employment for large numbers of Nigerians but also unite various parts of the country in a nation building exercise?

Modern trains actually shrink distances amazingly making it possible for people who live in places like Lagos to expend their labor power in places like Abuja or Lokoja if they so wish. They are also a high technology industry tasking young minds to achieve engineering and software feats that can drive a whole range of activities that should put a nation like Nigeria on the global map of nations generating competitive products that serve international markets. Of course this is completely impossible without first of all fixing power generation and distribution in the country.

Now that the PHCN has been privatized, we need to hear more from our politicians on how they intend to use the outcome of privatized power to focus on building an economic framework that unites the country as they seek public office. It should matter little if a person is from one state, region, ethnic group or professes one religion or the other in this context. What such a person brings to the table with regards to building a formidable and integrated country should be the basis of his gaining access to powerful public office.

New ways of coordinating the nature of economic activities between Nigerian communities across the various vegetation zones (the rain forest, guinea and sahel savannah areas) need to be thought out. Why for instance do we not hear of innovative ways of harnessing the vast grassland reserves in parts of the North to create a cattle industry that will not only aspire to feed the entire African population but compete favorably with anything that exists in the West?

We keep hearing of clashes that occur over lands used by both farmers and herdsmen without any corresponding policy on ways to integrate the process of ownership of herds of cattle with the ownership of the products of farms in a single economic category of agricultural investors to secure cooperation in the entire industry.

At least this will suggest that we aspire to begin a true process of industrializing our agricultural sector. It is a known fact that the concentration of resources across different but related fields is the first step to building investment capital to a level that can begin the process of industrialization in any field of economic activity. Can we expect our politicians in Nigeria to see that the country is ripe for just such a level of concentration to feed off the ability of Nigerians to cooperate with one another?

What of the inland water ways so prominently represented by the rivers Benue and the Niger? Can we expect that Nigerian politicians see them as investment generating resources that can feed the economic integration of the country?

Can they be used to move people and goods around ever again as we were taught that they were during the times gone by? What of the potentials in the rain forest region for the production of cocoa, palm oil and rubber? Can politicians whose job it is to take vital decisions on our common economic resources come up with policies that can revive these? Or must we have to read about these only in text books while dealing with people who occupy public office and do nothing more than ingeniously develop ways to “drink oil money” and “work the Nigerian system” to bankruptcy?

Nigeria is such a great story precisely because in its telling we are brought into the heritage of such great peoples as the Yoruba, Kanuri, Igbo, Hausa, Otuwor, Nupe, Itshekiri, Buji, Ijaw, Idoma, Edo, Tiv, Iyala, Ebirra, Efik, Fulani, Ibibio, Jukun, Uhrobo, Taroh among so many others all of which make up our collective heritage. To insist on magnifying any one of these to the exclusion of the others in the 21st century is to mask the heritage of rising from the defeat that we all suffered when British, French and German arms arrived in West Africa in the 19th century to begin their colonial enterprise.

For today these Europeans have realized the importance of pulling together to generate more strength. Can we who suffered so badly when they deployed their arsenal against our ancestors expect a better deal for our children and grandchildren in today’s globalized world if we cannot see that our very fate unites us? How can we then allow politicians who cannot see these truths gain access to public office and still expect anything good to come from them?