Just after his defeat at the 2003 elections by Chief Olusegun Obasanjo, Major General Muhammadu Buhari, spoke to All Africa.Com in Washington DC. He affirms belief that Nigeria’s problems with economic disparity, underdevelopment and corruption can only be addressed when the country has a fairly elected government. Buhari won the 2015 elections to defeat incumbent Goodlick Jonathan in a major political setback for the ruling party: PDP which had held on to power for 16 years. This interview offers insight into how the new president is likely to stir the ship of state.

You are continuing your legal challenge to the outcome of 2003 presidential elections. But many people say that, however faulty the elections were, President Obasanjo’s margin of victory indicates he would have won in any case. If that is true, why are you pursuing the legal route?
It’s unfair to say that, even if we have a favorable judgment in the courts, it will change nothing. That’s taking our courts for granted and condemning our most important tier of government outright. If the judiciary can be condemned off hand, as the vice president of Nigeria did, then people don’t wish Nigeria very well. Unless democracy is stabilized and the three tiers are believed to be playing their constitutional role, I don’t think that’s very helpful for Nigerians. The elections were not free and fair and anybody who thinks Nigeria can stabilize without that is wrong.

What are you asking the tribunal to do?
We expect at least that the court decides that the presidential elections should be re-run, because the evidence we have presented so far indicated that there are a number of states and constituencies where elections did not hold or elections were flawed. Constitutionally, the Independent National Electoral Commission is supposed to have automatically re-run the elections, but they failed to do so.

How can a rerun be any more fair than the first poll?
I have been very clear in my appeal to the United States, Europe and other developed countries to make a substantial investment in terms of sending trained and experienced observers to supervise the elections. I firmly believe that we are not going to stabilize politically unless there is free and fair elections.

Sometimes candidates take the position that elections are not fair if their party does not win. Wouldn’t that happen if any repeat election were held?
It is much more than that. Throughout the country there are complaints of election malpractices. Take the local government elections that were held recently. A team of policemen armed to the teeth were going around from one poll booth to another, beating people up, collecting the boxes, stuffing them and taking them to collection centers without people voting throughout the country. I was a witness to that. The report is all over the Nigerian press. So, it’s not a question of I being an ANPP party member complaining. It’s all over the country.

What are your criticisms of the current government?
The government has not been competent in terms of security and the economy. This is very clear in Nigeria. Whoever goes to Nigeria or lives there knows that the security situation is very, very serious. And of course the economy is very bad, and it appears that this government does not have the capacity to break the vicious cycle. When they came in, they were unsparing in criticizing some of the previous regimes in terms of abuse of human rights and destroying the economy, but ultimately they have done worse.

There is concern that political parties in Nigeria lack sound tenets and principles and are therefore greatly influenced by individual members. What is your opinion?
We are in a state of development, but I do believe that some parties are principled. At least the one I am in has the guts to suspend or expel even founding members of the party for anti-party conduct. So, at least my party cannot be accused of that. We had earlier instructed that no party member should accept appointments until at least after the court case. So, what you say cannot be justified in the case of my party.

In recent Congressional testimony, Princeton Lyman, a former U.S. ambassador to Nigeria, argued that there should be more and immediate security support assistance to Nigeria because the country is vulnerable to terrorist activity. He cited cooperation between Nigerian drug traffickers and Islamists in the country. Do you agree with that?
The main problem in Nigeria now is security. Whether is it aggravated by drug peddlers, or transiters and people facilitating drug movement from Latin America to Europe and the United States, or the presence of fundamentalist enclaves in Nigeria, the problem is still security. And it is still a sign of the failure of this government.

The investment I am asking the U.S. to make in Nigeria is to ensure free and fair elections. You will be amazed how a freely elected government can take control of the country. I assure you of that from personal experience. The Nigerian situation will not stabilize until there is free and fair elections, and I strongly recommend that the western world led by the United States make the investment of supervising elections. That is the first and most important thing.

Following the 1999 election that brought President Obasanjo into office, there was optimism that the new civilian government would tackle the issues and change the country. What happened?
That was everyone’s hope. But it was crushed. We felt that if the government kept its promise of transparency and accountability, then things would have been all right. But this government has proven to be anything but transparent and accountable, and every Nigerian now feels it in the body, in the stomach. There is physical and material insecurity, and this is not difficult for anyone to find out about Nigeria. Anyone who has an interest in Nigeria, whether business or family relationship knows that there is no security in Nigeria.

There seems to be a continuing difficulty in the relationship between the president and Vice President Atiku Abubakar. Do you think their strained relationship could have an affect on the economy?
They both deny that there is anything wrong. At every occasion they deny that there is tension between them, but the president’s action confirms it. The vice president was removed from some of his schedules like the head of the National Economic Council, the National Council on Privatisation, which are such important schedules. He is being bypassed, which means there is something wrong. It signals a fundamental lack of confidence between the president and his vice, no matter how many times he or they both deny it. And of course, this threatens the viability of the Obasanjo government. They survived it before and during the PDP primary elections [last year]. The way Obasanjo survived it was very clear, but there has been a relapse. When Obasanjo finally found himself on the seat [of power], he decided to punish his vice for trying to humiliate him politically, and he is having the last laugh.

All out for a Buhari win! It finally happened and Nigeria wants change as promised

The image of the country is tarnished by corruption. As someone who once presided over the Petroleum Trust Fund, could you shed some light on how a country wealthy in oil also still has such a disparity in wealth distribution?
It is due to the incompetence of the leadership. As long as the technocrats and bureaucrats, who are really the engine of development in terms of policy formulation and eventual execution, are not satisfied with the integrity at the top, where all policy performance remains only on paper, the actual executions for development would never be realized. This I think is one of the tragedies of Nigeria. If the leadership in politics and bureaucracy were very firm and had professional and personal integrity, I assure you we would make much progress. This is lacking, and the only thing that can bring that about is free and fair elections.

How does a free election address corruption?
People know which leaders are corrupt, and they can only get the leaders they trust through free and fair elections. But where a government turns the police against its people, turns the military against the people, goes to polling stations and shoots people dead, removes empty boxes and hands them in already stuffed, fills out forms at polling stations without other party agents being present to append their signatures, how can they trust any policy from such a person? For Nigeria to stabilize, there must be free and fair elections.

Isn’t the establishment of sharia law in northern states in Nigeria a threat to the country’s stability?
The controversy over the application of sharia is a sign of the instability with the government. It is constitutional. It was not a cause of social upheaval until it was given unfavorable publicity by communities who thought sharia was a threat to them.

It has been seen that it is not a threat to anybody. No non-Muslim has been taken before a sharia court. We have the sharia, the customary court and common law, which we inherited from the British. All it needs is for the government to properly educate people. Sharia is confined to those who believe in it. It may interest you to know that there are recorded cases in Kano and Zamfara where non-Muslims take Muslims to a Muslim court and get quicker justice. They don’t need a lawyer. All they need are witnesses. It is cheaper and it is faster.

So the system with the three legal systems is viable. It is working, and we have been with it since Nigeria became one country in 1914. There is only a communication gap, which was created by the incompetence of the government. State governments chose to introduce it, limiting it to their own states and their houses of assembly, approved it and it became law. It is a question of leadership and I always go back to free and fair elections. If you allow someone to make money anyhow, raise an army, bribe officials and law enforcement just to win elections, the instability will only get worse.
http://allafrica.com/stories/200404220907.html 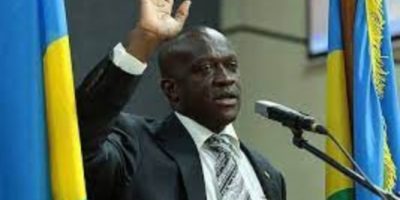 In Rwanda, we know the value of having a country 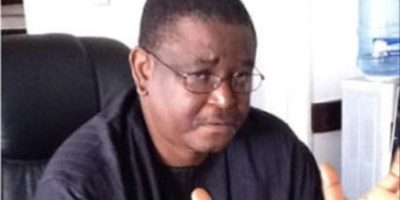 ‘We must allow innovation to come into government’