Nigeria’s publicly owned Nigerian Communications Satellite company (NigComSat) Ltd is attending the ITU World 2018 in Durban, South Africa to explore partnerships with African member countries of the International Telecommunications Union (ITU). NigComSat is talking to Ghana, Senegal, Cameroon and other African countries at the event and seeks to extend its marketing footprint within the region, said Executive Director Marketing and Business Management, Hon Samson R. Osagie to IT Edge News.
Osagie said NigComSat hopes to provide satellite communications services in these countries through their licensed Internet services providers (ISPs). NIGCOMSAT has commercial footprint over all of Africa, parts of Europe and Asia on its Ku, C, L, Ka bands. 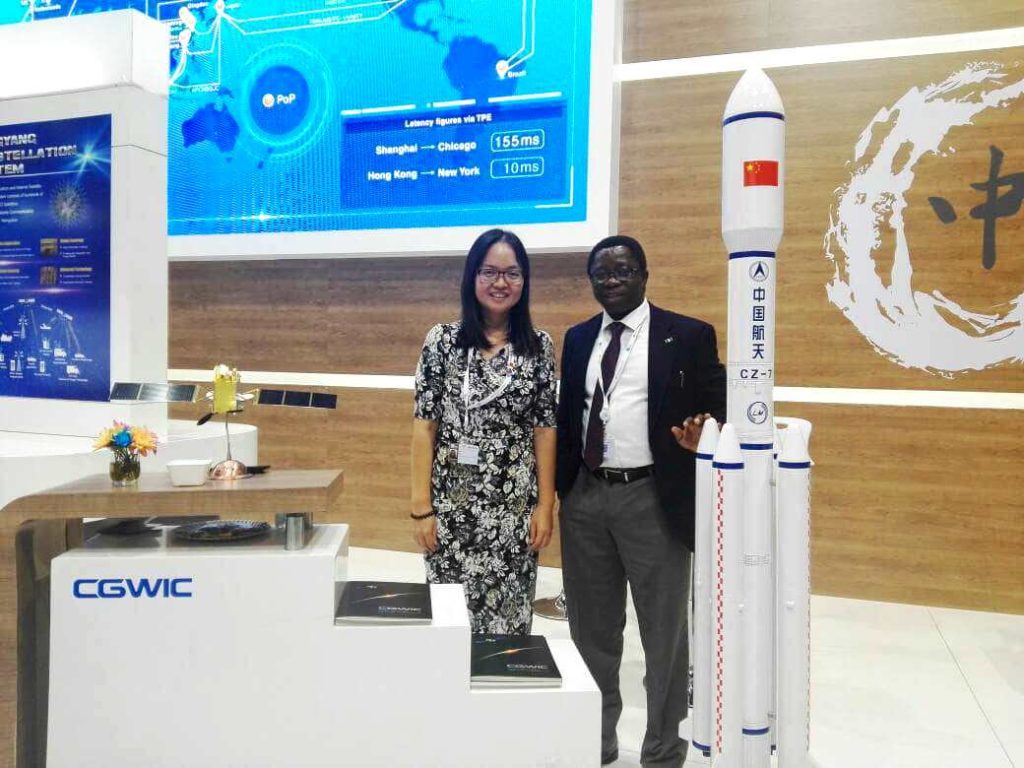 Earlier this year in April, NigComSat and TURKSAT, owned by the government of Turkey inked a collaboration deal on the delivery of satellite based services.
The agreement provides a framework for cooperation between the two satellite operators in various areas, which include shared satellite ground infrastructure in Africa and Europe, back-up capacity arrangements, satellite communications training, broadcast content sharing and satellite applications development, with particular emphasis on e-government applications.
Itching for business and new markets, and as part of a bigger plan to launch two new communication satellites in space, NigComSat has, in the last few months, aggressively pursued deals and collaborations to deepen its brand an brand visibility.
Osagie said the company was “also discussing with partners like Global IP for collaboration in other areas” in Durban.
The ITU Telecom World is annual event organised by global telecoms regulator ITU. The event is rotated each year from country to country. This year, it is being hosted by the Department of Telecommunications and Post of the Republic of South Africa. Nigeria’s presence is led by the Nigerian Communications Commission (NCC).

China is loaning billions of dollars to African countries. Here's why the U.S. should be worried