Even as the high powered Nigerian delegation appears before the British Court, Thursday, 26 September 2019, to stop Nigeria of being scammed by an international conspiracy, which include some high profile Nigerians, it is important to appraise some of the issues leading to the monumental scam that has now placed Nigeria on the global map for the wrong reasons for the umpteenth time.
With a cursory look at the composition of the federal government team currently in the United Kingdom, it is commendable that the Nigerian government has taken the fight to the door step of its adversary. By the way, the team led by the Minister of Justice and Attorney General of the federation also include the acting Chairman of the Economic and Financial Crime Commission (EFCC), Nigeria’s Inspector General of Police, the Governor of the Central Bank of Nigeria (CBN) and the Minister of Information and Culture as well as their lawyers.
It is heart-warming that the officials did not sit back in Nigeria expecting ‘miracles’ to work out the solution in favour of Nigeria. It is also good that the judgment obtained in Nigeria against PI&D International and its Nigeria subsidiary has been registered in the UK to enable Nigeria tender same in the British Court. It is equally welcoming that the twisted narrative in the international media is being redressed with the visit of the Nigerian delegation to the London offices of the international media houses where the Nigerian stories is being retold with fresh facts that had previously denied Nigeria of favourable assessment in the global media space.
Why is the $9.6 billion judgment award important to Nigerians? It is not in doubts that Nigeria is struggling with its economy going by diverse issues from political intransigence, policy obstinacy, global economic crisis, falling oil prices, wide spread poverty, debilitating unemployment stats, security challenges and sustained high inflationary trends. Shaving off $9.6 billion from the nation’s foreign reserve would have effectively eroded the nation’s GDP by 20 per cent and that is huge by all standards particularly for a nation struggling with high infrastructure deficit, high dependence on imports by a country that is notorious for high taste for foreign consumables.
No doubts, Nigeria would have gone into instant deep recession if this judgment fraudulent obtained against Nigeria had been given the necessary teeth to feast on the flesh of the Nigerian nation. This is where I also commend the British Judiciary for paving the way for Nigeria to obtain redress though the actors in the P&ID scam had desperately wanted to obtain expedited execution order on the award fraudulently obtained.
By its historical trajectory, the foundation for the scam was laid in 2010. The highly ‘revered’ and Nigeria’s longest serving representative at OPEC, and Minister of Petroleum Resources, late Dr. Rilwan Lukman allegedly played active roles in the deal which has now turned out to be one of the greatest scam in world history. Curiously, the processes allegedly manifested at a critical junction in Nigeria’s history when the then President Umar Yar’Adua was critically ill and bedridden. Inquisitively, some of the critical personality in this monumental scam have crossed the Rubicon and will no longer be available to defend their roles in the project that experts said was designed ab initio to defraud because it was never programme to work.
What are the fundamentals that supports the claim that the contract was designed to fail so that the actors can cream off huge penalty against Nigeria? The devil is in the details. The promoters of P&ID are said to have several other portfolio companies registered under different names for the same purposes of obtaining contracts under fraudulent means. As a matter of fact, the original promoter of P&ID was a manager of a music band. In connivance with its Nigerian accomplices, the company was awarded a contract out of the blues. One, such contract could only be approved by the Federal Executive Council (FEC) comprising of the President as chairman, Vice President, Secretary to the Government of the Federation, Head of Service of the federation, Chief of Staff to the President and the other principal officers in the Presidency as well as the Ministers and some special advisers. From the records, FEC was oblivious of this contract that has kept most Nigerians on the edge since the judgment was made public.

“Shaving off $9.6 billion from the nation’s foreign reserve would have effectively eroded the nation’s GDP by 20 per cent and that is huge by all standards.”

Two, the Bureau of Public Procurement (BPP) which vets all contracts and projects of that magnitude was blackout of the processes leading to the award of the contract to P&ID. Three, to operate in the Oil and Gas industry in Nigeria, P&ID was expected by law to obtain an operating licence. Going by available details, this did not happen. Four, P&ID also predicated its claims on falsehood in the allegation that it obtained a property in Calabar, Cross River where its facility for the project was installed. But the Ministry of Lands in Cross River said that P&ID defaulted on its intent to obtain the said land by failing in the payment of necessary fees and charges for the Certificate of Occupancy (CoO). Hence, the intent to procure the land was revoked. So before the law in Nigeria, P&ID had no land in Nigeria upon which its proposed project was to be executed.
Five, the Federal Inland Revenue Service (FIRS) has lent its voice to the growing decibel against P&ID when it alerted the nation that P&ID is a serial tax defaulter since registering in Nigeria as a corporate entity. Six, to cap it, the EFCC has also uncovered a number of illicit movements of funds some of which have been attributed as money laundry in the charges against the principal actors in matters before the court in Nigeria. From all intent and purposes, the P&ID project was a well packaged scam. The contract was not advertised as an open bid process calling for Expression of Interest (EoI) by the public. Besides, how could gas be processed to a non-existent facility where the project was supposedly installed?
This is the crux of this matter. How many other “P&IDs” are still hidden from public glare? Why should a project of public interest and that magnitude exchange glances among a few ‘privileged’ people in ‘privileged’ corporations? How many other Ministries, Agencies and Departments (MDAs) of government at the federal, state and local government are still doing business under the table? How many contracts that have capacity to set the nation/state/local governments on fire are still being shrouded in secrecy? This fraud did not start today. It is age long and it is a stubborn stain that is not likely to vanish too soon regardless of the amount of ‘hypo’ used to wash the stain on the fabric.

“The contract was designed to fail so that the actors can cream off huge penalty against Nigeria….The devil is in the details. The promoters of P&ID … have several other portfolio companies registered under different names for the same purposes of obtaining contracts under fraudulent means.”

But the Independent Corrupt Practices Commission (ICPC), the Nigeria Intelligence Financial Unit (NFIU), the EFCC and other anti-corruption agencies in collaboration with Non-Governmental Organisations (NGOs) and Civil Society Organisations (CSOs) must tidy up the arsenals to free Nigeria from the stranglehold of the cabals both small and big actors depleting the nation’s resources via ingenious fleecing.
It is about time that comprehensive forensic audit of the various MDAs is undertaken by the BPP and other relevant agencies. This could be done with the aim of fishing out other fraudulent contracts and procurements that have negated the due process. A timeline could be set for period that would be used to accommodate such audit review. Legal lien may be introduced in public announcements on the audit procedure that vacate any liabilities on government once the audit period has lapsed and some project are still hidden under the carpet by the corruptly interested parties. 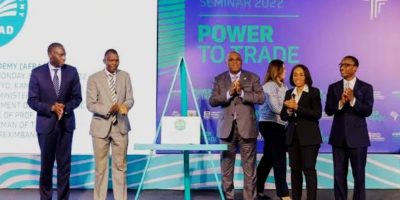 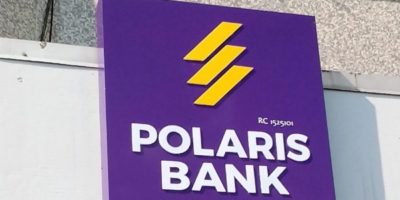