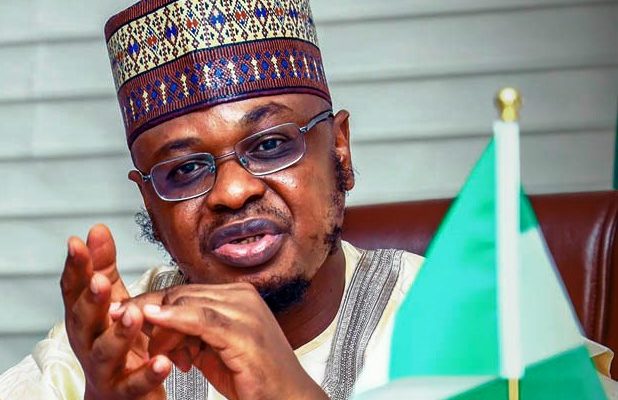 Our pen would simply have to continue to dry up by the day because daily happenings appear enough to suggest how much work there is to be done to ensure a sane society full with love, consideration and sense of brotherhood. Just yesterday, there was a fight between artistes Portable Omolabi and Poco Lee after the former accused the latter of siphoning $2200 dollars of the $3000 dollars that Wizkid spread him on the stage while performing. The accusation by Portable led his manager by name Kogbagidi to send him packing from the apartment and company. However, Olamide intervened by reminding Kogbagidi that life has no manual and that people only learned from their mistakes and so he should forgive Portable. Kogbagidi took the advice and readmitted Portable and everyone has become friends once again.

I felt proud to see young Nigerians exhibit so much understanding and love that depicts what brothers should be seeing exhibiting. The act was somewhat surprising to me because it’s not an everyday occurrence in our clime, we daily have to live with us attempting to drag one another down for political reasons or most times none at all.

This makes it mandatory that if you wish to succeed in Nigeria, you would have to master the art of understanding such fact as ignoring your detractors because you’ll have tons of them. Their numbers are dependent on the depth of your success. I am so glad the Minister of Communication and Digital Economy, Prof Isa Ali Pantami has mastered such art and has left his very hypocritical detractors to some of us to continue to school for perhaps a chance when they’ll someday understand the need to formulate strategy in politics as against brigandage and slander after all it was pure self-strategy and knowledge acquisition that got the minister to that feat.

How could any sane thinking person assume that anyone on planet earth would go public against their employer when they have got an unfettered access to convey advise officially or otherwise. Are they not also aware that even when you give credible advice to your principal, the criticality of that level of influence requires that you manage the information appropriately as an ethic required of subordination?

Furthermore, where is it on planet earth where one would be judged on a subject other than the one primarily assigned to him. None of these hypocritical individuals have attempted for once to equally appreciate how much he has delivered on his given mandate; they’d rather prefer him to answer for mandates that are other than his. This is rather unfortunate and not a character that one who desires to keep integrity would want to imbibe.

Pantami decided out of his conviction to air his opinion on happenings in the past and I had spoken about that in my earlier article of 16th June 2020 titled ‘Pantami and his Citizen Right to Political Opinion’ and which can be found here https://allafrica.com/stories/202006160121.html. In the article, I had highlighted how the happenings of the time informed his opinion and so much has passed under the bridge since then which must have made him see things differently due to experience.

I can bet you that some of the critics of today would behaved differently should they find themselves in situations where their loyalties are to be tested, few would be able to pass the test. It’s this level of understanding that’s expected of the citizenry. The ability to develop some high sense of emotional intelligence that would afford them the ability to place themselves in people’s shoes before finalizing on issues.

The fact that Pantami is performing in his own given responsibility is more than enough to attract such understanding from the detractors. It would have been something different if the criticisms are objective, one would have been constrained to accept them and heed appropriate lessons if any.

Democracy is indeed a practice where people are free to air their views and opinions but some of us are seriously arguing and encouraging that such criticism and opposition should come with decorum and tact. Such will go a long way in advancing our image of a brave people capable of conquering whatever negativity. We’re currently mostly utilizing such energy in disparaging ourselves and most times the best of us. Where is the room for mistakes, learning and relearning? When did we have any assurances that we were a country made of only angels who don’t make mistakes nor have a need to learn through life as is with every human being?

Pantami has grown over time to become a competent professional that would perform in any assignment given to him as a negation of the things that used to happen when he publicly complained about people’s incompetence to manage the security and conflict situations at the time. He should rather be celebrated for his integrity in service to nation as against criticism that are beginning to tend towards condemnation laced with envious hypocrisy.

Hashim Suleiman can be reached via: [email protected]