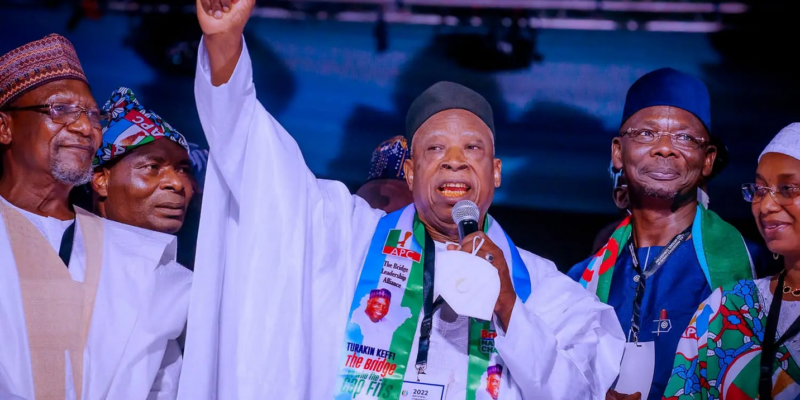 Lately, the new euphoria of the not so strategic APC supporters was a celebration of the crack in the PDP where Wike, Fayose and Ortom have been expressing their dissatisfaction with the outcome of the selection of Okowa as the VP candidate. These people therefore feel these guys should join the APC amongst others. Narratives like this make some of us concerned to the extent that a lot of political party supporters do not understand how our democracy has grown and how a support for certain characters showcase the APC as not being different from other parties they demystify. It also exposes the need for a more awareness to ensure the deepening of the democracy as well as entrench party philosophies.

Recall that the APC is made up of more than enough Human Resources who have not been managed appropriately through inclusion and compensation. Some of these individuals have however remained loyal and hopeful of an amend, how then would anyone want to introduce more guys on top of these people and the people been touted are even those that have been demonized by same people wanting them, is it expected that those who have waited eight years would sit back and clap for the entry of these individuals? I don’t think so. If you add more eight years to the ages of these individuals who have waited all along, they’ll have been getting closer to exiting the stage.

Let me first analyze the so many who have defected to the APC and have not been utilized talk more of adding up more. You could recall the merriment that greeted the entry of Yakubu Dogara into the Apc, one would think he would be more empowered in the like of how GEJ empowered Bala Mohammed from the support he gave him at the plenary during the doctrine of necessity bourhaha. Instead, Dogara was left to remain in his whatever status and today there’s struggle in attempting to even mention his name for a VP slot, imagine if he had been empowered to mobilize more.
We  could also go on to speak about the mismanagement of the cerebral Abdulmuminu Jibril,  Magnus Abe of Rivers that some people want Wike to come in from, I don’t know how they would have managed Amaechi and him that are themselves no in good terms, Ken Nnamani who came recently is no where to be found, Fani Kayode is struggling to be heard. Oyinlola and Segun Oni came and left. There are so many examples even at lower levels and the depths will have to be left for another day.

We equally have a lot who were founding members but we’re not even looked at all through the administration, ranging from Rabiu Musa Kwankwaso to Hashim Ubale Yusufu of Jigawa state, Farouk Adamu Aliyu, Buba Galadima and so many others. The ones that have remained in the party amongst them are struggling to do so. They gave everything humanly possible to the APC but no one looked their way and while they got aggrieved, some were left to move to other parties. There was a pure lack of individuals who would take stock of these individuals and ensure to see to their been managed. No one even talks about these issues but they are real and that’s the current state of the party in so many states.

Remember also that all these issues around the many individuals could not be protested against because some overzealous supporters would tag you as wanting to steal money. Everyone has literally kept his opinions to his chest and that’s the same thing with the masses.

At the moment, other than the opinion of paid vocal agents on social media, it was very difficult for anyone to recognize the feelings and opinions of individuals because all the nations people are keeping their opinions close to their chest. In fact,  that’s what Peter Obi is profiting from.

Therefore Asiwaju Bola Ahmed Tinubu would be inheriting all of the above and perhaps he may not have been well briefed about it owing to the fact that the beneficiaries of the above are the ones who have surrounded him and are part of those who feel having Wike and Co come into the party would change anything when they have not advised for the subsisting issues to be fixed.
I have insisted that the politics of now and the future in Nigeria belongs to those who chose to be realistic and critical, save this.