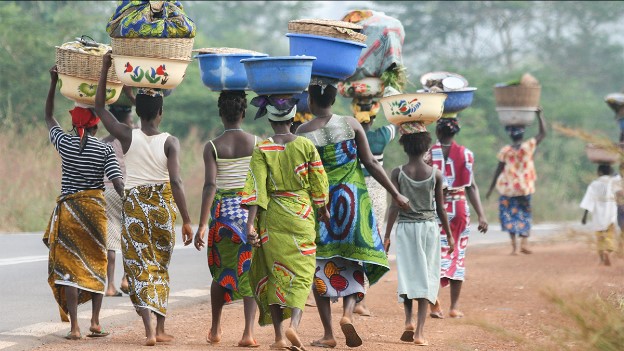 When asked about the most important problem facing their country today, pluralities in the surveyed regions of Ghana (42%), Cote d’Ivoire (38%), Togo (35%), and Benin (34%) all cited issues related to the economy. In Burkina Faso, “insecurity” was the top priority with 36%.

“Our research shows that the economy is the number one issue in a majority of these states,” said Jenai Cox, Regional Deputy Director for Africa at IRI. “It’s clear that this is not just a national problem, but one that dominates this part of Africa.”

On security related matters, people who believe that violent extremism is a problem in their region of Burkina Faso (45%), Côte d’Ivoire (42%), Togo (45%), and Benin (39%), named “insurgent groups” as the most common perpetrators in their communities. A smaller percentage of people in Ghana (18%) agreed.

For mitigating such violence, strong majorities in the surveyed regions of Côte d’Ivoire (58%), Burkina Faso (63%), Togo (63%), and Benin (71%) cited “local police / defense & security forces” as the key institutions to combat violent extremism in their respective communities. A plurality in Ghana (44%) said the same.

“Very much like the economy, violence from extremist groups is a problem across the Littoral States,” said Cox. “While this is a major concern, it is a positive development that most people have confidence in their local police to strengthen security and keep them safe.”

This poll was conducted to aid IRI program implementation with preventing and countering violent extremism in the Littoral States and the Sahel region. The research shows that many of the most pressing problems are not confined to individual countries and that there is a need for cross-border collaboration.

The response rates were 85% for Ghana, 83% for Cote d’Ivoire, 84% for Burkina Faso, 77% for Togo, and 79% for Benin. The margin of error for the regions within each country is plus or minus 2.5% at the 95% confidence level. All cited datapoints are unweighted.

Bishop Kukah and the fractured microcosm