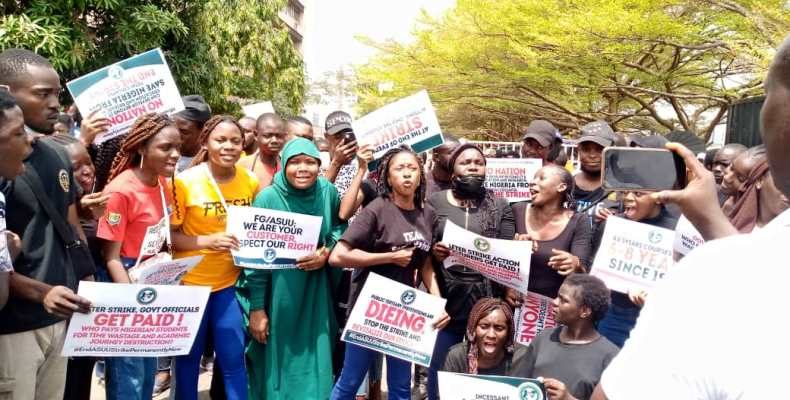 A truce of sorts has been agreed to by the Academic Staff Union of Universities (ASUU) and the politicians from the Nigerian ruling party the All Progressive Congress (APC). With this truce an end in sight exists with regards to the eight month strike embarked upon by the trade union and hopefully the return of academic activity in publicly owned universities across the country. The elephant in the room of course is the fact that both sides have simply found themselves in approximately the same position as when the strike began as far as the issues that led to it are concerned giving one cause for concern.

In the first place, ASUU has not actually compelled the federal government to back its signed commitment to implement and properly fund the agreements and memoranda of understanding it entered into with the union in 2020. Secondly, the attitude of the leading players in the APC is still one that cannot fathom how it can be honorable to see proper funding of publicly owned universities as a priority for the governing party. All that has been achieved in concrete terms is that the government agrees to pay the lecturers the salaries that they must still work for while the lecturers agree not to let the fact that they were forced to go on strike to make the government agree again to implement and properly fund the public universities through the instrumentality of the 2023 budget adversely affect the quality of their work.

Once beaten, twice shy, to hold out hope that the government will actually live up to its side of the bargain is to expect a miracle. The obvious implication of this is that the suspension of the strike leaves the public university system in Nigeria on shaky ground. The events leading up to the 2022 strike go back to the refusal of the Goodluck Jonathan led People’s Democratic Party (PDP) government to implement the 2009 agreement (which was a product of inputs by both the federal government and ASUU) and was designed to solve a wide range of problems in the public universities decisively.

That attitude has remained with the current Muhammadu Buhari led APC government and is actively supported by the senior carrier civil servants in the country. In addition to these there is no effective political consensus in Nigeria for prioritizing public investment in the higher education subsector as the bedrock for human capital development or for that matter in modern infrastructure within the subsector to any level approaching the best standard practice in Africa as a region. This in turn signals that Nigerians interested in a career as academics whose works are relevant at the global level need to seek work elsewhere. All these mean that the brain drain is for all purposes now institutionalized.

The insights of those economists and statesmen who have repeatedly pointed out that there is no way out of consistently poor indicators of human development in any postcolonial country outside a concerted consensus around prioritizing massive investments in education have no impact on the Nigerian scene. The glaring examples from the emerging economies all around Nigeria are lost to the intellect of political decision makers in the country. Also the truth that the policies of the Nigerian political establishment is creating conditions for capital flight from the country on a gigantic scale is lost to all the players involved as well.

For instance the number of Nigerians in UK universities in 2020/2021 session was put at 21, 305 by Erudera.com; that number has increased to 65, 929 by the end of June 2022 figures from the British Home Office reveal. According to the Daily Mail UK (26th August 2022), each of these students will spend a minimum of twenty four thousand British Pounds in fees to the universities they are to study in. If one adds up the costs in feeding, housing, transportation, clothing, health care requirements and so on, we are looking at nothing less than thirty thousand British Pounds per annum for each individual for the duration of the program they are studying which could be up to three years and sometimes more. This translates into almost 2 billion British Pounds per annum from Nigeria going into the UK.

“Politicians making decisions on behalf of the government have consistently shown contemptuous disdain for not only ASUU but investing sufficient funds in the higher education subsector [as a] driver for national development.”

The resources used to pay for these programs are largely funds generated in Nigeria and sent to educational institutions in the UK. The higher education subsector’s gain in the UK is thus at the expense of the higher educational subsector in Nigeria. When we factor in the numbers of Nigerians studying in countries like the US, Canada, Germany, Italy, Spain and Australia we seem to be seeing the playing out of a policy to use funds from a developing country to prop up the higher education subsector of more advanced countries being carried out by the Nigerian political establishment. When we consider that this is being done with the passive acceptance of the Nigerian elite across board we can see why the struggles of ASUU routinely fail to decisively address the issue of inadequate funding of higher education in the country.

It is worth pointing out that no sector of Nigerian society is willing to stand actively with ASUU in opposition to this wasting away of our common heritage by the nation’s political and top bureaucratic establishment. In a way the rest of the nation is content to act as if ASUU needs to be more than a trade union. Thousands from the Nigerian elite have already despaired that there will ever be a public consensus to adequately fund public education in the country at any level. What they generally fail to understand is that they do not need to put up with being badly treated by the people in power at this point in time.

This is because from the inception of the Fourth Republic a constitutional approach to what can pass for laws in the country has been inaugurated. The proper organ for setting policies for the nation now is ultimately the voting public. Political parties are legally tasked to propose sets of policies to voters who then exercise their franchise to select which sets of policies they expect to be implemented during given electoral cycles. Politicians who gain power and inefficiently implement the policies they were elected to carry out can be voted out. Admittedly this isn’t easy as the electorate is confronted by the power of incumbency but that is why term limits are important.

Policies proposed by the political parties have to go through the legislative process. While the law makers have powers of oversight, the members of the executive branch are tasked with implementing policies. From this arrangement one can see why the struggle for creating adequate investment in education by the Nigerian government is a struggle that requires more than a trade union to successfully achieve. Simply put, while a trade union can actively advocate for policy shifts, it does not have the powers to create and implement policy. ASUU has succeeded in getting laws passed to guarantee the legality of its agreement with the Federal Government. However, both under the current APC led government as well as during the period when the PDP was in charge of government, the politicians making decisions on behalf of the government have consistently shown contemptuous disdain for not only ASUU, but the idea that investing sufficient funds in the higher education subsector can make it a driver for national development and economic growth.

They have behaved as if the Nigerian people particularly the youth do not deserve the establishment of university systems in Nigeria that can compete with the best in the world. They behave as if only kabu kabu systems are good enough for Nigerians while they use their position at the top of public decision making institutions to ferret away billions of naira over time to invest in the higher education subsector of foreign countries. Confronting this situation and adequately overcoming it is way above what a single trade union can successfully accomplish in a liberal democratic system like Nigeria’s. It requires the wider citizen body to be ready to hold public office holders to account in matters pertaining to education at all levels.

Part of the reason why ASUU called off this strike rests on the use of the judiciary by the APC government as a weapon in its attempt to double down on its decision to leave the tertiary educational subsector in tartars. The nature of decisions made by the judges looking into the case brought by the government against ASUU are such that they can harm the role that precedent is expected to play in the adjudication process in the country.

The judgments seem to be more concerned with forcing ASUU to suspend the strike than dealing with the question of whose actions breached an already signed legally binding agreement in the first place. This level of politicizing a dispute between a trade union and the government in power is very unwise. To choose to escalate any confrontation with people in power who have no qualms about the negative impact of their actions on the judiciary places more than the higher education subsector at risk. De-escalation is the adult thing to do.

In closing it is clear that to the extent that the lack of adequate qualitative investment by the government in public education in Nigeria continues the outcome for Nigerian society will be negative. There will continue to be an outflow of trained personnel via the brain drain and hard currency as investment in the higher education subsector of foreign countries by Nigerians with means continues unabated. As long as these outcomes are acceptable to the majority of Nigerians, the overall lack of capacity to create an industrial economy will continue to haunt the country. This should be commonsense; unfortunately commonsense is the least common of all senses. 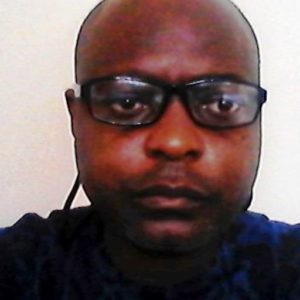