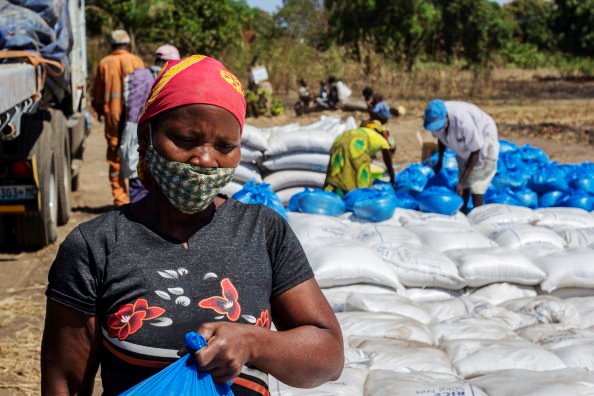 The United Nations World Food Programme (WFP) has warned that it will be forced to suspend its life-saving assistance to one million people – at the peak of the hunger season in February – unless additional funding is urgently received.

Cabo Delgado is the most food insecure province in Mozambique and food security continues to deteriorate. Nearly 1.15 million people in the province are suffering “crisis” or “emergency” hunger, and latest data indicates the situation may deteriorate even further.

Violence has intensified in recent months, with unprecedented attacks in districts close to its capital, Pemba and in neighbouring Nampula province, forcing more and more people to flee their villages. The number of displaced people has quadrupled to nearly one million people in the last two years.

Notwithstanding the widespread violence, WFP has been providing emergency assistance to one million displaced people – including in previously inaccessible areas such as Macomia, Muidumbe, Nangade, Palma, and Quissanga but has had to cut rations in recent months.

While striving to meet the needs of the most vulnerable, WFP is also working to scale up resilience-building activities among vulnerable communities, supporting 44,000 people in recovering land and production in Cabo Delgado. WFP is also providing nutrition supplements to prevent and treat malnutrition among children under the age of 5, pregnant and nursing women.

In most remote areas of the north, the WFP-run UN Humanitarian Air Service (UNHAS) is the only air service available for aid workers. In December 2020, following escalation of violence and the COVID-19 pandemic, WFP opened an airbridge connecting inaccessible areas in the north. The air service has since transported over 10,000 humanitarian personnel and 70,000 kg of humanitarian cargo – and carried out over 330 security relocations.

WFP’s funding situation has been worrisome for some time, and we are now running out of options and all these activities are at risk.

In addition to challenges to fund its food assistance operations, WFP is faced with funding shortfalls for the United Nations Humanitarian Air Service (UNHAS) that it runs on behalf of the entire humanitarian community. WFP requires need US$ 51 million to continue delivering life-saving assistance to one million people and provide much-needed services.

While appealing to donors for urgent funding, WFP will strive to maintain life-saving assistance to the most vulnerable groups — such as those most undernourished, malnourished children, pregnant women, and nursing mothers — but there are many whom we might not be able to assist – unless additional funding is received urgently.