The report, titled Green Jobs for Women in Africa, points out that women are well-positioned to benefit from primary-level jobs that will be created but not higher-paying ones.

The transition to a green economy is expected to create many new jobs around the world, including in sub-Saharan Africa. But will the economic transformation offer women access to higher-paying, more stable jobs? According to a new report released by UN Women and the African Development Bank, the short answer is “yes”, but only if countries adopt strong enabling policies and programmes.

The report, titled Green Jobs for Women in Africa, points out that women are well-positioned to benefit from primary-level jobs that will be created but not higher-paying ones in the renewable energy, infrastructure, or transportation sectors. This is despite the critical role African women play in the economy and in managing climate change in their communities.

Oulimata Sarr, UN Women’s Regional Director for West and Central Africa, said: “Some of the obstacles that women face to access green jobs in energy, infrastructure or the circular economy are rooted in social norms and changing those takes time. We are at an acceleration moment. We need to act now to ensure that the transition to the green economy in the region does not leave women and girls behind.”

Among the constraints women face are gender segregation in education and employment, lack of access to formal-sector work, endemic financing gaps, as well as social norms that leave women shouldering the bulk of unpaid care work.

Vanessa Ushie, Acting Director of the African Natural Resources Centre of the African Development Bank, said: “Women play a vital role in managing Africa’s natural capital assets and building climate resilience in our local communities. Carbon credits provide an opportunity to reward women for the critical role that they play in protecting our mangroves, forests and other ecosystems essential for carbon sequestration and environmental sustainability across Africa.”

The report’s recommendations include the provision of skills coupled with other more ambitious interventions such as unpaid care services, removal of gender biases from national legislation or leveraging the opportunities offered by new green economic instruments like carbon credits to assign greater economic value to the unpaid work women do to mitigate climate change.

The report can be accessed here: 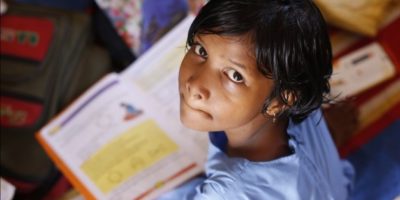