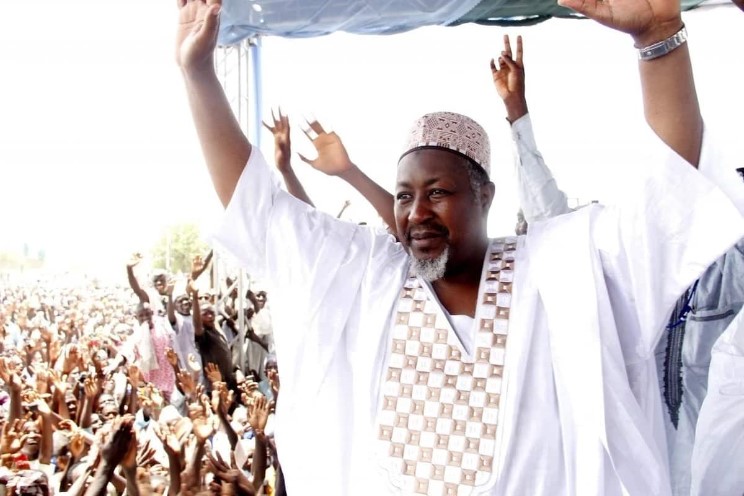 Is Badaru the Game Changer?

By Hashim Suleiman
Let me refresh your minds to my November , 2021 article which I had tagged ‘Underrate Atiku at your Peril’ and which can be found here https://politicsdigest.ng/underrate-atiku-your-peril/.  In the article, I had called the APC’s attention of the dangers that Atiku’s imminent emergence under the PDP will cost them and I had advised them to be cautious of it by putting up their thinking caps and ensuring they match the PDP strategy for strategy. Well, they seem to have heard my advise and the National Chairman stated last week while granting an interview that the issue of zoning had not been  decided on yet. Such comments set tongues wagging to the extent that the real stories had started to emerge due to expediencies.
Party leaders and opinion molders in the APC who all spoke on condition of anonymity stated rightly that for strategy sake as well as the need to keep power at all cost, it was time to cede the APC presidential ticket to the north considering that it was imminent PDP was going that way. The news got so strong that governor Akeredolu of Ondo state had to come out in his half clever way  to make a comment and threaten the APC against any such action and some of us would wonder when politics became too cheap that it was about speaking up from one corner rather than building the necessary goodwill and bridges necessary to bring the votes which APC desperately needs at the moment and which all of them including Akeredolu know where they can be gotten, The North.
Consequently, names had started to drop from last week with the first being Ahmad Lawan, the Senate President and in all honesty and with much respect, I knew that would be difficult to fly because he is not governor, never been and not of the trio of Hausa, Fulani or Kanuri tribes who basically control the north and don’t easily give up that stronghold of the power base in the region. Have you ever wondered why no one outside the Kanuri tribe has ever been governor in the duo of Yobe and Borno states? It’s deliberate, it’s a dynasty thing, you can’t beat it and that is why no one has ever thought of any likelihood of Ahmed Lawan becoming a governor in Yobe State. He became Senate President out of APC’s desperation to correct the anomaly they created in 2015 and the rest is history.
Finally, just yesterday, perhaps the real game changer’s name dropped and it was non-other than Mohammed Badaru Abubakar, the current governor of Jigawa State. The man had simply been a silent strategist whom all underrated but he’ll always come out on top, how he does it I don’t know honestly. He had quietly proven to keen observers to be the strongest governor in this dispensation. He had taken the party and got a stronghold of it and just when things were about to go out of hand, he redirected the party and conducted a Congress that produced party executives with no rancor and almost all positions were filled on consensus basis, it only takes a political wizardry to achieve such feat rancor free.
While Badaru had silently displayed all of the above-described political mastery, it’s natural in life that things don’t go unnoticed and when the chips get down, reality dawns and the most sellable of the options available is turned to in order that everyone gets saved and everyone moves United as a family while all interest are intact and protected.
Badaru has demonstrated capacity to protect interests because it was only such that guaranteed his being able to single-handedly maneuver the APC party to its current stable state. He has equally proven to be a unifier owing to how he awesomely kept his state off any headache of insecurity, chaos, political rascality or excess poverty. He ran an all-inclusive government to the extent that today in Jigawa State, it what’s he says or nothing, that’s Leadership!
Today’s column may not be enough time to delve into his developmental strides in the state because we’re more about party politics now and his major selling points have been highlighted above, in fact they are overboard, they even come off as the most needed qualities Nigeria’s next president should poses at the moment. In the event that he emerges the flag-bearer, we’ll throw our flashlights into his developmental strides especially in Agriculture and juxtapose them with the above stated qualities in order to make a meaning of them.
Interesting times ahead.

The future for sustainable mining in Africa lies in circular thinking