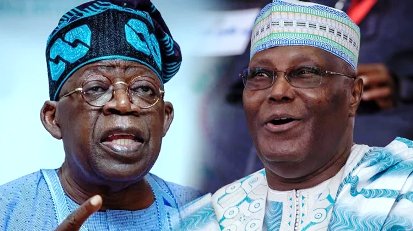 By Hashim Suleiman
When once a society derails from encouraging robust conversations from all divides and objective ones at that, it has basically lost the most common basis for development and some of us have taken it a duty to bring these points to bare, perhaps we may see the light and begin to open up these conversations for the gullible, the half-gullible, upcoming ones and those who may have missed out on certain points.

As our democracy is growing through natural tendencies and less citizenry efforts, so many of the citizens seem to be forming this holier than thou character which appears to denigrate the efforts that certain patriots have sacrificed to achieve regardless of how imperfect, recall that same people could even do worse if given same opportunity because a lot of their opinions are not borne out of criticality but rather beer parlor talks, bandwagon and a general character of mischief that promotes pulling down people.

I have said in several fora that I’d be grateful if God can bless me as much as He did Obasanjo and so many others, this is to dissuade those young people who could be easy to throw tantrums and insult on these statesmen without understanding that they only gave what they had under the prevailing circumstances. They also do this some other times for support of their political icons forgetting that the entire elites are friends and bare no grudge less for political bashings that remain basically games to them.

Accordingly, I’d like to remind the citizenry of the exceptional strides that Atiku Abubakar and Bola Tinubu had put in to our economy which remains the only bedrock that is still keeping the economy of the country moving. Everyone practically latches on them to be able to pull off some achievements of government.

You may recall that Atiku as the chairman of the economic management of the country between 1999 to 2007 opened the economy to the world by simply assembling sound brains who had the Know-How and he monitored alongside his boss to ensure they delivered the much they did. He first identified government had no business doing business and they quickly lobbied the National Assembly to pass the Act on privatization which saw to the setting up of the Bureau of Public Enterprises that was headed by Nasiru El Rufai himself a recruit of Atiku Abubakar to midwife the sale of government businesses that are today still functional like Ntel which provides one of the best bundle services in Abuja, Lagos and PortHarcourt. Regardless of how imperfect, it’s still employing thousands and standing on its feet, imagine what could have happened to her if it was not privatized. So many of the private Telcos are leveraging on their infrastructure to do business, some monies are changing hands through that too.

Recall also that all the policies around IPPIS, GIFMIS, TSA, FIRS etc which ensures mop up of revenues and discourages wastages were babies of an Okonjo Iweala and her lieutenants like Okauru and others. Atiku Abubakar equally shopped these individuals and supervised them to ensure deliveries, every government policies afterwards has leveraged on these policies to be able to make something good of their economic policies.

Nuhu Ribadu was equally recommended by Atiku for recruitment to pilot the setting up of the EFCC and it’s not in doubt how that institution has remained what every administration uses to attempt to fight the almighty corruption. It was indeed robustly set up as it has stood the test of time. People would accuse him of privatizing to himself and same people will today say he is broke but I have never seen one person that has pointed to what Atiku sold to himself till today. This space will not be enough to highlight all of Atiku’s economic strides in that era but I have highlighted enough to get people to begin to research and perhaps expand the conversation.

On the other hand, Asiwaju’s economic management of Lagos did no small help to the Nigerian economy as every other Nigerian leaders that have emerged after 2007 have had to leverage on the revenues from Lagos to ramp up VAT collections and subsequent sharing by all tiers of government. The opening up of the city to beautiful infrastructure had provided an opportunity for the entertainment industry to blossom leading to influx of Forex through international shows as well as the provision of ample employment opportunities. Little wonder why the young entertainers in lagos don’t care who the next president is, they would rather organize a carnival of a protest like ENDSARS and share food to themselves while dancing- ‘catching cruise’ like it’s said in local parlance.

Asiwaju’s human capital development has also led to the availability of human resource to manage the very difficult task of managing critical sectors. President Muhammadu Buhari would thank such efforts as it provided him ample Human Resources to utilize for his administration.

Therefore, the 2023 elections have presented very fine gentlemen who have utilized their times and opportunities to leave a mark that is undeniable in the history of our dear nation no matter how imperfect. I would continue to wonder who would celebrate ours for us if not us, there is absolutely no reason to continue to denigrate these individuals considering more of the fact that they have learnt appropriate lessons to improve on the lot that they have both achieved if given another opportunity. Recall also that we may not be able to do better if given the opportunity.

Consequently, I submit that head or tail Nigeria stands to benefit from the outcome of the 2023 elections, let us support appropriately, improve the conversations, reduce the bitterness and imbibe optimism and positivity for the hope of a better nation going forward.
God bless Nigeria. 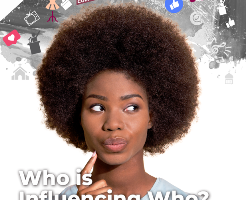