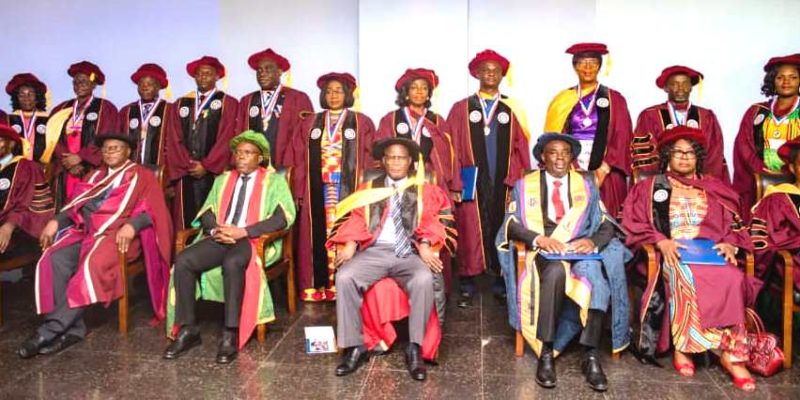 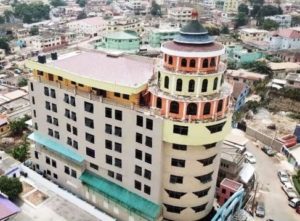 Birthed in 2009, started walking fully in the latter part of 2010 at a one block building surrounded by beautifully designed containers at the premises of the Civil Service Training Center and Government Secretarial School at Cantonments, the Accra Institute of Technology (AIT) has defied all odds and become a leader in producing PhDs in Ghana, one of Africa’s major centres of learning.

Once described by a Nigerian journalist as a “potter cabin university” with the registrar’s office labeled as a “two by four cubicle”, the AIT success story provides a model on Africa’s pathway to knowledge and skill development in a more globalised economy. And it is worthy of emulation.

The Accra Institute of Technology is showing the way and will fill the PhD gap in the country and across Africa in no time.

In this league are also Prof. William Otoo Ellis (Former Vice Chancellor, Kwame Nkrumah University of Science and Technology), Very Rev. Ama Afo Blay (Former Director General of Ghana Education Service), Dr. Grace Bediako (Former Government Statistician) and Mr. K.S. Yamoah (Former Managing Director of the Ghana Stock Exchange). All of these academic have helped AIT to lead the way in terms of production of quality PhDs in the country, and the rest of the continent to set the pace in knowledge engineering.

Through its partnership with Open University of Malaysia, the Accra Institute of Technology has produced Eighty-One (81) PhDs since 2016. This translates into an average of Fourteen (14) PhDs per year. This is unprecedented and a great achievement for a young private university like AIT. Considering the fact that the PhD per capita of Ghana is alarmingly low, the contributions of AIT in bridging this gap cannot be underrated. More importantly, the partnership has fostered the new direction of knowledge-sharing across continents to close the gap deep learning and development.

Quality of the PhDs produced by AIT is shown in the progress of their graduates. Currently, AIT has Pro Vice Chancellors in public universities who became Professors in less than three years after completion. 60% of the graduates have become Senior Lecturers, Associate Professors and Full Professors few years after graduation.

Did this Come Easy? Not at all! To offer, run and graduate students on an internationally benchmarked Doctor of Philosophy (PhD) degree programs in Ghana is by all standards a herculean task. As a non-religiously denominated or related private university which is school fees driven with no support from government nor any other organisations, running PhDs can be very expensive. After paying supervisors, external examiners and reviewers, PhD Research Committee members, internal and external moderators, etc, the university retains virtually nothing and makes no profit. This explains why most of the private universities shy away from this daring venture since it is not financially worthwhile.

However, AIT has surmounted this hurdle with collaborations with several internationally recognized universities with competent Professors who have been working hard to produce these PhDs.

Speaking at the 18th graduation of AIT, held on 17th December, 2022 at the ultramodern Knowledge City Campus in Kokomlemle, where AIT graduated Sixteen (16) PhDs at a goal, the President of AIT could not hide his joy especially having led his team to make this huge contribution to academia in the country.

He stated: “Mr. Chairman, I will need to pause here to comment on the historic nature of the 18th Congregation of this young and dynamic University. Today we are making yet another history in this country’s annals of private university education. Mr. Chairman, it is my great honor and privilege to announce that we are today graduating for the 10th time, PhDs who studied at this university. This major achievement of a university barely ten years old makes AIT the first private university in Ghana to successfully offer and graduate students on an internationally benchmarked PhD program. This is no small achievement if put within the context of the fact that the PhD per capita of Ghana is extremely low. Mr. Chairman, we can claim that we have become one of the leading postgraduate research institutions on the continent. I want to take this opportunity to assure you that we are confident that we will again be graduating more PhDs next year.”

In the last 10 years of the program, AIT has graduated PhDs who are on the academic and administrative staff of almost all the private and public universities in Ghana and a number of Nigerian universities.

He added: “The Quality? The quality of the PhDs produced by AIT is not in contention. As highlighted by the President in his speech ‘Mr. Chairman, I am delighted to inform you that, at AIT, we are mindful of the need to provide high-standard tertiary education and training not only aimed at producing qualified and highly skilled people to drive the nation’s development in the information age but also to produce job creators, with the requisite entrepreneurial skills and expertise to set up and run their corporations in various fields. Also, as a research university, our focus on cutting-edge research work through our postgraduate programs and research initiatives is geared towards supporting the nation’s science, technology, and innovation (STI) drive towards developing a modern knowledge-based and wealth-generating economy in the information and technological age.”

AIT’s milestones underscored why it was ranked the best private university in Ghana in 2018 and 2019 and was also awarded the Best Technology University in Ghana for the fourth year running by Ghana Tertiary Awards.

Quality of the PhDs produced by AIT is shown in the progress of their graduates. Currently, AIT has Pro Vice Chancellors in public universities who became Professors in less than three years after completion. 60% of the graduates have become Senior Lecturers, Associate Professors and Full Professors few years after graduation. The strict requirements by AIT for students to publish minimum of five papers in a reputable and ranked journal sets the foundation for this growth. The PhD Candidature system where students are mentored by the PhD Research Committee for one year instead of just one supervisor through series of presentations and the strict requirement to write minimum three chapters of your thesis within that period also contributes heavily to the success of these students.

Africa has a chance to leapfrog; the milestones achieved by AIT in so short a while proved that point.

In the last 10 years of the program, AIT has graduated PhDs who are on the academic and administrative staff of almost all the private and public universities in Ghana and a number of Nigerian universities. Given the high international academic standard of the program, more than half of our PhD graduates in academia obtained their Associate or Full Professor within three years after graduation. These are outstanding landmarks pointing to how Africa can close the gaps for deep knowledge and research as it gears into the fourth industrial revolution (4IR).

If anyone thought AIT is resting on its laurels, then such people must rewrite their notes. At the 18th graduation ceremony, thirty-five (35) students graduated to become PhD Candidates after completing the first three chapters of their thesis in the first year. They should be completing their PhDs in two years. This is coupled with a number of students who are going through their Post Viva corrections and the twenty (20) students who are preparing to submit their thesis for examination. Two years from now, it is estimated that AIT will graduate not less than forty (40) additional PhDs.

The Chairman of the AIT Board of Trustees, Prof Edward Ayensu summed it all up in his speech at the 18th graduation: “So far, we are proud to report that our efforts in all directions are proceeding according to plan. We can assure this Congregation, and all stakeholders, that we shall not relent in our efforts to ensure the full fulfillment of that vision”

Conspicuously, the Accra Institute of Technology is showing the way and will fill the PhD gap in the country and across Africa in no time.

My final message to students all of Africa, start your journey with AIT from Bachelor’s, Master’s and PhD in Business Administration, Engineering, Information Technology, Computer Science, Education and Health and Safety.

Indeed! Your journey to the top starts at Accra Institute of Technology as it lives to its payoff as the University of the Future beginning today. Yes! In AIT, Africa has a chance to leapfrog; the milestones achieved by AIT in so short a while proved that point.

Dominic Osei-Boakye is Registrar at AIT 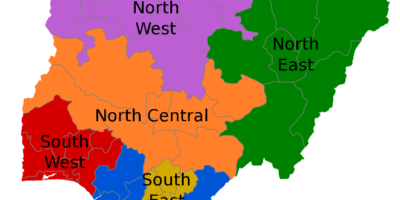