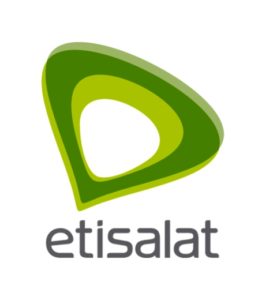 Entries are now open for the 2015 Etisalat Prize for Literature,  the first ever Pan African prize celebrating debut African writers of published fiction.

The prize is sponsored by one of Nigeria’s fastest growing and most innovative telecommunications company, Etisalat. Entry forms, rules and guidelines are clickable on (http://prize.etisalat.com.ng). The award is in its third year.

According to Matthew Willsher, the Chief Executive Officer, Etisalat Nigeria, “Etisalat Prize for Literature serves as a platform for the discovery of new creative writing talents out of the African continent.”

The CEO highlighted that following the success of the second edition, the literary community is eagerly awaiting the third edition. NoViolet Bulawayo won the maiden edition with her highly celebrated debut novel, We Need New Names, while Songeziwe Mahlangu emerged winner of the second year of the prize with his novel, Penumbra.

The Judging panel for the 2015 edition will be chaired by Professor Ato Quayson, a Professor of English and inaugural Director of the Centre for Diaspora Studies at the University of Toronto; alongside Molara Wood, writer, blogger, journalist, critic and editor and Zukiswa Wanner, author of The Madams and Men of the South.

The Judges will develop a list of nine novels and shortlist three novels before finally selecting a winner. Submission of entries are ongoing, having opened June 18, 2015 and would close August 27, 2015.

The winner receives a cash prize of £15,000 in addition to a fellowship at the prestigious University of East Anglia under the mentorship of award-winning author, Professor Giles Foden. The winner will also receive a sponsored three-city book tour while the two other shortlisted writers will receive a sponsored two-city book tour to promote their books. The Etisalat Prize for Literature also supports publishers by purchasing 1000 copies of the shortlisted books for distribution within the continent.

Entries must be a writer’s first work of fiction of over 30,000 words, and published within the last 24 months. The Etisalat Prize will also launch the online-based flash fiction prize later in the year to engage the rising stars of fiction.